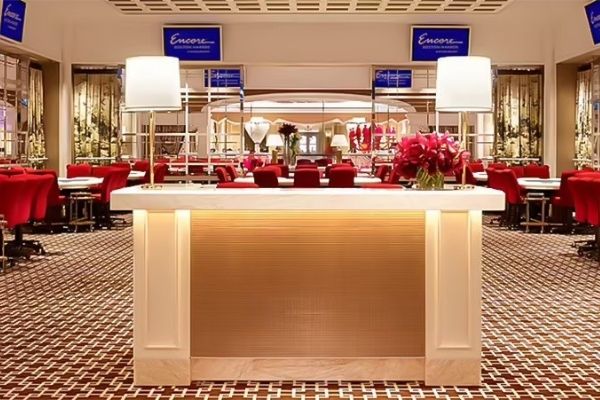 The amenity reopened on January 31, to much expectation. Massachusetts poker fans gathered for the first time since March 2020. However, soon they were greeted by lengthy waitlists, resulting not only from accumulated demand following two years, but also the room offering only 12 tables, 60 less than prior to the pandemic.

“Due to the current state of our operations, we do not have the real estate on our gaming floor to bring back poker at its pre-COVID capacity,” Encore Boston Harbor staff told PokerNews in December.

Tournaments are also currently out of schedule, and it remains unclear whether they will be returning any time soon.

In many cases sizable lists meant players were left out of the gaming action, especially given the room closes at 8 p.m. But a second source of concern since reopening has been a high cash game rake, which prompted players to voice their displeasure on social media. The venue is allegedly charging 10% rake up to $10 per hand, including low-limit games.

Among poker enthusiasts who called out the venue for its high cash game rake is Chase Bianchi, who placed 9th in the 2021 World Series of Poker Main Event for $1 million.

“Operation nuke poker is a go! Well done on the plan so far guys!”

Encore Boston Harbor’s Poker Room is located in The Loft, and opens Monday through Thursday, 10 a.m.-8 p.m. According to its site, it is open with 12 tables, complimentary beverage service while playing, Bad Beat Jackpot (up to $2-5 NL), Promotions (up to $2-5 NL), 18 55 inch televisions and 6 large screen televisions, and Poker Atlas remote sign up for various games.

Prior to its reopening, the card room had already announced it would be returning with limited tables, which led to locals protesting. At the time, the casino explained issues with “staffing levels” were also responsible for the room only opening during the week at the time.

The extended closure of poker during 2021 led to the Massachusetts Gaming Commission receiving a number of complaints last year since neither Encore nor the MGM Springfield casino -the only two in the state to offer the game- reintroduced it in May, once operations resumed. Poker returned to MGM in October last year, and now Encore has followed suit, although to mixed response.