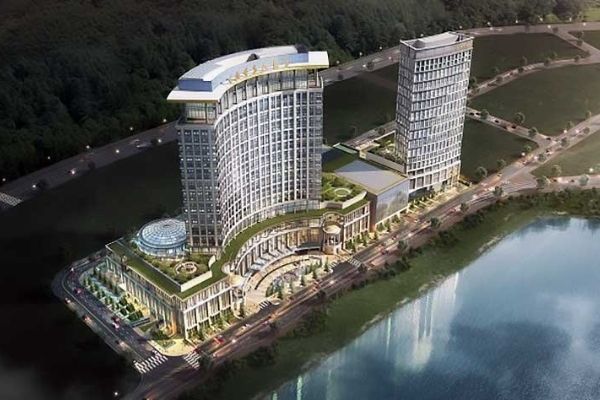 The local arm of Hong Kong-listed Guangzhou R&F Properties Co Ltd has submitted another request to the Korean Ministry of Culture, Sports and Tourism to extend the construction deadline of its Midan City Resort Complex development by two years — until March 2024.

According to local media reports, the Incheon Free Economic Zone Authority (IFEZA) confirmed the request from R&F Korea (RFKR) last week. RFKR is a subsidiary of Guangzhou R&F Properties, which became the project’s sole owner after buying out the 50% stake held by its former partner, US casino giant Caesars Entertainment, in early 2021.

This is the second time RFKR has requested an extension until March 2024, having previously asked for a three-year extension shortly after acquiring full ownership. That request was denied, with the company instead given 12 months, until March 2022, to complete the project and only on the condition that it pay KRW30 billion (US$27 million) in costs owed to the main construction company, Ssangyong E&C, which ceased work on the project in February 2020.

According to the media reports, RFKR has not yet met the Ministry’s request, however its latest application to extend the construction deadline does include a promise to increase the project budget by 5%. IFEZA has previously flagged this additional 5% commitment as necessary for either RKFR or Mohegan Gaming & Entertainment, which is developing another integrated resort called Inspire Korea nearby, to be granted deadline extensions.

The Ministry of Culture, Sports and Tourism is reportedly planning to form a committee to review RFKR’s proposal. The project, currently stalled at a 25% completion rate, is slated to include a foreigner-only casino, 751 hotel rooms, a theater and a convention space.