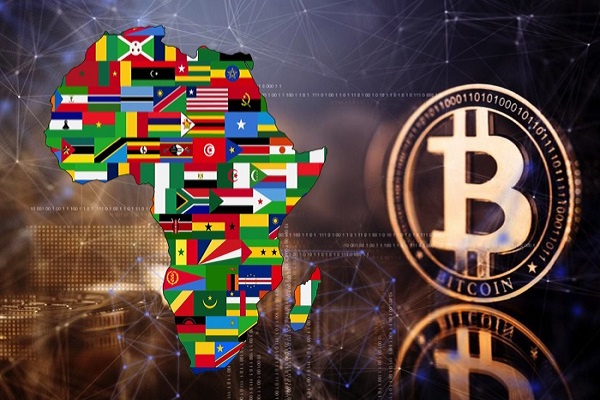 The continent of Africa might be known for the trouble that it experiences in regard to corruption and poverty within a number of countries that make up the region, however it is actually one such destination that appears to be a pioneer for global Bitcoin adoption.

Due to the interest that has been shown in cryptocurrency within Africa, a financial revolution has started to form, with an unrivaled explosion of wealth, technological advancement and ingenuity being experienced, thus showing the impact that Bitcoin can actually have and is perhaps working in the intended way. Although the price of the token might quickly associate the digital asset with the wealthy, it was originally created to be a peer-to-peer financial system that was available to the masses.

Africa has been listed as the third-fastest growing cryptocurrency economy in the world, with the likes of Kenya, Nigeria, South Africa and Tanzania all ranking inside the top 20 countries when it came to Chainalysis’ Top 20 Global Crypto Adoption Index.

Indeed, the widespread adoption that has been experienced across the continent is rather obvious given all of the benefits that it can provide. For instance, many have looked to virtual currency as a way to fulfill personal wealth needs, as well as looking at entertaining ventures.

Crypto gambling is perhaps one of the biggest activities to have emerged in recent years that seemingly has had a positive impact on the growth of widespread adoption throughout a number of African countries. Many have turned to using a bitcoin casino with VIP offers recently due to the benefits that they have been able to experience when using virtual currency, with faster withdrawals available, as well as the opportunity to win sums of money that will not be impacted by issues such as inflation that is notoriously experienced by many African fiat currencies.

Indeed, the instability of fiat currency within the region is one of the biggest overall factors for many Africans, whilst some will also continue to experience strict capital controls on money that leaves the country, as well as potentially high transaction costs. Many residents within Africa have also turned to crypto as a preferred form of financial resource due to their status as being unbanked. The continent’s residents have a huge problem in regard to bank accounts, therefore Bitcoin provides them a viable solution to overcome this issue.

Nigeria and its young population having a huge impact

Politics has also played a huge role in helping to encourage widespread adoption of crypto in certain places, with Nigeria perhaps one of the biggest examples available. The Central Bank of Nigeria has placed a ban on all regulated financial institutions from providing services to crypto exchanges within the country, whilst also trying to reduce the interest in Bitcoin in October by introducing eNaira.

Nonetheless, with the young population continuing to lead the charge and rapidly adopt the virtual currency, it would seem the country has been unable to stop or even slow the interest in Bitcoin. Indeed, the youth has been cited as being the bedrock and with over 75% of the population under the age of 35, as well as being highly determined and resourceful, the country is the continent’s leader of the financial golden age.

It has been noted that education plays a huge role in the mass adoption of Bitcoin across Africa, with financial literacy being key. However, many are unfortunately denied this type of education, which then provides them with a potential problem. There is no denying that more education around digital assets would be a huge benefit to everyone in Africa.

As mentioned, Africa is a destination that appears to be a pioneer for Bitcoin globally and one that could have a huge impact on the rest of the world depending on what happens within the continent in the coming years.