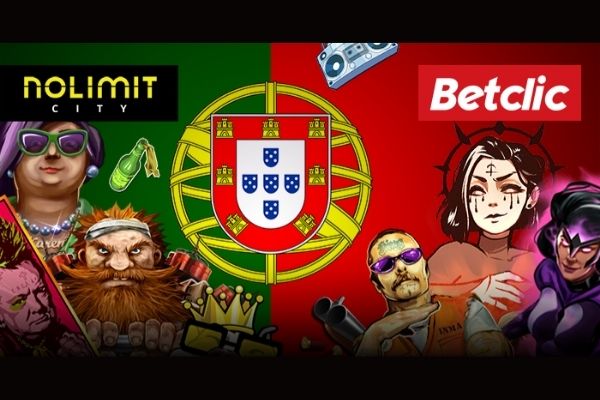 Betclic rolls out Nolimit City games for first to market exposure in Portugal.

The Malta based Software Provider, known for its groundbreaking games across the gaming world, is now announcing yet another regulated market partnership with the French based, leading online gaming operator, Betclic, who are announcing their mutual reveal of Nolimit City content in the Portuguese market for the very first time.

This news follows the recent announcement of the Studio’s most recent achievement of being awarded a Romanian licence by ONJN, as well as the news of its exclusive partnership with Betflag.IT towards the Italian market. The studio behind some of the year’s most beloved games announces it will be rolling out several player favourites to Betclic Portugal player base by the month of October.

Betclic, known for its world-renowned Sportsbook platform, as well as being at the forefront of the online gambling world, will be the first to host the innovative and popular content provided by the Software Providers within Portugal. Betclic.PT will host some of Nolimit City’s most sought after slots, including Deadwood, San Quentin, and Tombstone amongst a slew of more fantastic titles.

“Having achieved yet another regulated milestone in such a short span of time after announcing our games in Italy makes us extremely proud of our continued momentum. Betclic, an already astounding partner has helped us achieve this goal in none another than Portugal, one of the most coveted EU markets out there!”

“Driven by a customer-centric, mobile first approach and the passion for entertaining our valued players, we share core values with Nolimit City, whose state of the art and innovative casino games portfolio will be an excellent addition to our offering in Portugal. The consistency and quality of their games predestine that they will be popular among our customers.”