Little by little, Lithuania lights up 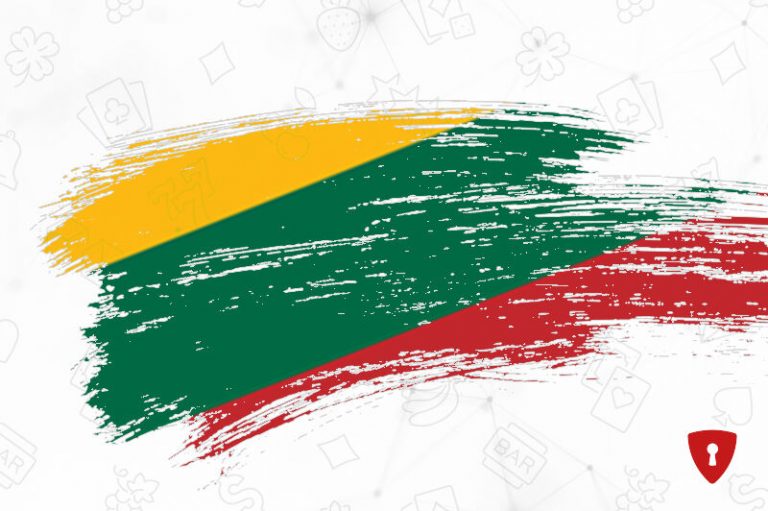 Blessed with a dynamic economy that attracts investors from the region and beyond, Lithuania recently appeared on industry insiders’ radar following a government proposal for a licensing reform. Keep reading to learn more about the gambling industry in this gem of the Baltics.

A small but prosperous country on the eastern shores of the Baltic Sea, Lithuania experienced a boom in online gaming over the past two years. The local gambling market’s spectacularly quick shift towards iGaming was further solidified by last year’s lockdowns, and local authorities were pushed to revise existing regulations to guarantee a good mix of player safety and attractiveness to investors. While various amendments have already been approved, in mid-June the government proposed a comprehensive reform of the licensing system for gambling operators, which would make acquiring a dedicated online gambling permit much simpler for new operators.

In this article, we bring you a primer on the Lithuanian gambling market and an overview of the newly proposed licensing regime.

From an economic standpoint, Lithuania has grown considerable growth in the decades following its independence from the Soviet Union. While the country’s GDP growth was stifled by the global economic crisis of the late 00s and the Covid-19 pandemic, the average wealth per adult has been growing steadily, undergoing a fivefold increase between 2000 and the present day. The median disposable household income has also risen substantially, reaching a level comparable to that of Portugal or Greece.

Combined with high political stability and the largest population of the Baltic states, this upwards-trending economy makes for an exciting investment destination. In 2019, the cumulative foreign direct investment amounted to a record-high €18.2 billion, spearheaded by Sweden. According to data provided by the Bank of Lithuania, the other primary investors in the country hail from the United Kingdom, Germany, neighbouring Estonia, and the Netherlands.

Freezing landscape, white-hot markets: the Nordics and the Baltics 2021

A dedicated and affluent player base, a strong focus on responsible gaming, many regulated markets and a handful of state monopolies: Slotegrator takes you on a tour of the Nordic and Baltic region. T…

The gambling market before and after Covid

In recent years, the major shift in the Lithuanian gambling market was the regulation of online gaming with the 2016 Gaming Law. Online products have since become the primary source of Gross Gaming Revenue for local operators, particularly following an explosion in online betting popularity in 2019. This was further solidified by the forced closures of brick-and-mortar locations due to Covid-19 in the time since.

Between its legalisation in 2016 and 2019, the revenue from online gambling nearly tripled. The Lithuanian iGaming market registered a 44.5% year-on-year growth in 2019 alone, leading to a 13.1% increase in the industry’s combined GGR. Online gambling products raked in a net €40.5 million, driving the GGR past the €100 million mark for the first time, up to €112.6 million.

Online betting accounted for the largest slice of Lithuanian iGaming income – nearly €24 million. The GGR generated by online slot machines trailed at €15.3 million, while online tables accounted for just over €420,000.

As for land-based products, slot machines generated the lion’s share of GGR with nearly €45 million, whereas tables and betting shops raked in respectively €16.7 million and €10.6 million.

Much like everywhere else, Lithuania saw a drop in gambling revenues in 2020 as an effect of mandated lockdowns. The market shrunk by 8.1% to €103.5 million, with a 39.5% drop in land-based revenues driven by a collapse of brick-and-mortar betting facilities’ GGR, down by nearly 50%. Even the national lottery’s ticket sales suffered a sharp decline, falling by 6.7% year on year.

During the same period, the iGaming vertical grew by 47.1%, raking in €59.6 million in GGR. Online slots became the primary source of iGaming revenues, nearly doubling their GGR in the space of one year and hitting the €29.4 million mark. Albeit predictably affected by the interruption of sports competitions, online betting revenues still managed to grow by a respectable 10.5% to €26.5 million. However, the most impressive surge was that registered by online table games, with revenues increasing by over 350% to €1.9 million.

Like clockwork: an overview of the Estonian gambling market in 2021

While most post-Soviet states take a cautious approach towards the gambling industry, often treating it as a scapegoat, the Baltics are different. Also, instead of just adopting the stance of other Europ…

The spectacular growth of iGaming over the past three years pushed the Lithuanian government and the Gambling Supervision Service – the local regulatory body – to tighten controls on the industry and revamp the existing regulations.

According to estimates, Lithuanian authorities have lost an average of €6 million in unpaid fees and taxes to foreign online gambling operators in previous years. To tackle the problem, the Gaming Control Authority went on to issue a warning to unlicensed operators targeting Lithuanian players; illegal websites were identified and blacklisted, resulting in both DNS and payment blocking. Major gambling platforms like William Hill, Betway, and PokerStars were among those blacklisted in 2021.

Furthermore, between March and July 2021 Lithuanian authorities presented a series of amendments to gambling. These included:

Among these, the ban on gambling advertising and the reform of licensing are likely to have a significant impact on the local market.

The ban on advertising

In May 2021, the parliament of Lithuania passed a law banning all forms of gambling advertising. Rather than being limited to commercials, as is the case in various other countries, this ban encompasses promotions and discounts aimed at new and existing players.

The genesis of this law is quite interesting. At the outset of the Covid-19 pandemic, local operators were advised to stop advertising their products to avoid an increase in problem gambling during the first lockdown. Rather than abiding, most operators increased their advertising efforts. On the one hand, this led to the already mentioned record increase in online revenues; on the other, it caused a mounting opposition to online advertising in public opinion, pushing the government to take drastic measures.

Unsurprisingly, the National Gambling and Gaming Business Association strongly criticised the ban, stressing the fact that it would prevent new operators from entering the market as they wouldn’t be able to compete with existing brands. While it’s unlikely that already established operators would actually have a similar concern, it’s nonetheless something to keep in mind when analysing the other key change in the Lithuanian gambling market – the reform of the licensing system.

The reform of the licensing system

Unlike the ban on advertising, the reform of the licensing system is still at the proposal stage. If approved, it’s expected to enter into force as soon as 1 January 2022.

The way things are

Per Article 8 of the Gaming Law, operators must apply for a dedicated license to run a land-based gambling business in Lithuania. To offer online services, it’s then necessary to obtain an additional permit, which acts as an extension to the land-based license. This makes it impossible to enter the online market without an established brick-and-mortar presence in the country.

On top of fixed fees (€2,134), the cost of a land-based license for casinos and gaming halls is based on the number of slot machines and tables in the premises. In the case of a casino, this adds up to €251,985 for the minimum of 30 slots and 3 tables. The cost for a permit to offer online services is €619.

As for bookmakers, the additional cost is equal to 25% of the minimum authorised capital: €72,250 per physical location, or €289,500 for online operators.

None of the available licenses and permits are currently subject to expiration or renewal fees.

Contents of the proposal

The proposed amendments to the licensing process presented in June 2021 are sweeping, with the crucial innovation being the decoupling of land-based and online licenses. The government aims to open up the market to established foreign operators and new investors interested in providing online-only services in Lithuania. The stated aim is to increase both competition and tax revenues at once.

The cost of these new licenses would be noticeably higher than that of those currently available; however, online operators get to save on the initial investment necessary to set up a physical presence. Online-only licenses would command a €500,000 fee, while combined ones would be available for €1 million. It would also be possible to acquire licenses to operate tables and slot machines (€300,000) or betting operations (€100,000).

While online licenses would retain an indefinite validity, land-based ones would have to be renewed after a maximum of five years and are subject to approval by local municipal councils.

If the proposal was to go through, all existing licenses would be made to expire on 1 January 2027.

If you’re considering investing in the Lithuanian market in light of the newly proposed regulations, or perhaps in the gambling industry in general? If so, Slotegrator can help you.

If you want to expand your existing business into a new country, you can consult our jurisdictional advisory services. Our legal team will be able to assess which market best fits your needs. If, on the other hand, you’re starting from scratch, we can offer you a full-fledged turnkey solution that lets you enter the iGaming space with a competitive product in no time. To learn more about our products and services, get in touch with our sales department by clicking the button below.

To receive a commercial offer, contact Slotegrator managers using the feedback form at the end of the article.

Be sure to visit our Casino Gossip page to see other Slotegrator analytical articles. 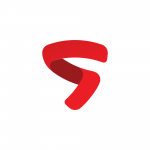