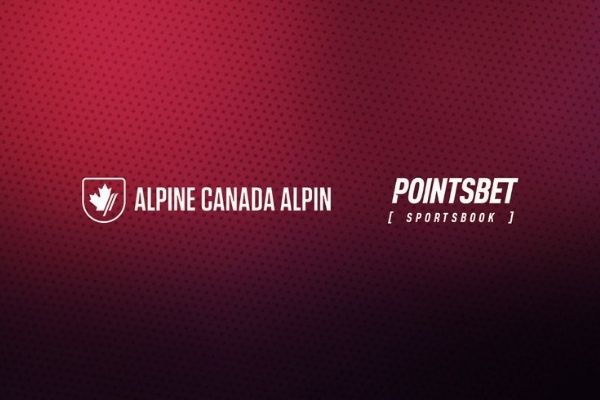 The parties said their multi-year agreement, financial terms of which were not disclosed, commences with the current 2021-2022 season.

The ACA, which recently celebrated its 100th anniversary, noted it long has been the home for elite ski racing in Canada, supporting several Olympic, Paralympic, World Cup, World Championship and X Games winners in their pursuit of excellence and speed.

Currently, ACA is among the top-10 world ranking in the alpine (No. 10), para-alpine (No. 3) and ski cross (No. 1) disciplines, and houses the reigning Olympic gold medalists in men’s and women’s ski cross.

PointsBet, which was founded in the mature sports wagering market of Australia and is expanding its online gaming operations in the United States, says it currently is working toward the launch of PointsBet Canada – bringing the pre-game and in-play betting options to Canadian customers.

“Alpine Canada is thrilled to welcome PointsBet to the ACA corporate family,” Therese Brisson, Alpine Canada’s CEO and President, said in a statement.

“They are a true Canadian operator in an exciting emerging space, and their support of athletes and the ski community in Canada is a wonderful reflection of that.”

“PointsBet Canada is committed to bringing our nation’s fans gold medal experiences, and we are excited to be partnering with our world-class Canadian skiers as they follow their dreams and represent our great country on the world stage.”

Mags Doehler, VP Partnerships and Marketing at Alpine Canada, said it was “important” for ACA to partner with an operator that had a stellar track record as a safe, legal market operator.

“As Alpine Canada was considering a sportsbook partnership, we made it a priority that they be Canadian-based and completely committed to safe, legal, responsible gaming and PointsBet Canada checked all of the boxes,” Doehler said.

“Having lived in Mont-Tremblant, I loved watching and cheering on world champions such as Erik Guay. The speed and excitement of ski racing is unparalleled, which is why we jumped at the opportunity to partner with Alpine Canada. I cannot wait to cheer on the 21 skiers nominated to represent Canada at the Beijing 2022 Olympics and beyond, just like I did when the Canadian Cowboys were dominating the World Cup circuit.”

PointsBet is a corporate bookmaker listed on the Australian Stock Exchange with operations in Australia, the United States, Canada, and Ireland. PointsBet says it has developed a scalable, cloud-based wagering platform through which it offers its clients sports and racing wagering products, advance deposit wagering on racing (ADW) and iGaming.

Alpine Canada is the governing body for alpine, para-alpine, and ski cross racing in Canada, as well as for Canadian ski coaches, providing education, certification, insurance, and compliance with the coaching code of conduct. With the support of corporate partners and donors, along with the Government of Canada, Own the Podium, the Canadian Olympic Committee, and the Coaching Association of Canada, Alpine Canada says it develops Olympic, Paralympic, World Championship, and World Cup athletes to stimulate visibility, inspiration, and growth in the ski community.