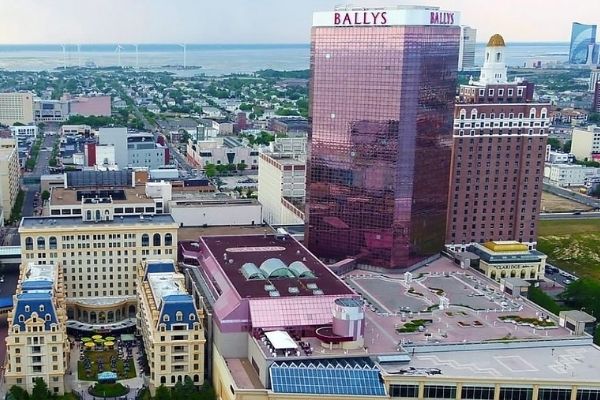 Bally’s Atlantic City announced the renovation of 222 hotel rooms on Tuesday, as part of its 750 renovated tower project. Under new ownership, the property unveiled the new rooms marking the beginning of a $100 million project which will include hotel rooms and suites, hotel lobby, lobby bar and indoor/outdoor entertainment venue, which are anticipated to debut Memorial Day weekend.

The rooms are of contemporary design, with new flooring with carpet inlays, tiled bathrooms with modern vanities and illuminated mirrors, as well as all-new showers.

While Bally’s is transforming the tower, the architectural elements enable the brand to have a diverse array of room types. The 112 corner king rooms in the Bally Tower work as junior suites with extra space and views from the living room and bathroom, and feature a separate sitting area with a settee, lounge chair and coffee table. In the bathrooms, guests will find a spa-like space with a separate shower and freestanding deep soak tub.

In addition to fully remodeling the suites on the 45th – 48th floor, Bally’s will combine a select number of rooms to create 16 new penthouse-style suites, which will include dining areas, pool tables, wet bars, custom rainfall showers, and more.

Bally’s Atlantic City casino announced the renovating process of its hotel rooms in September 2021 before the New Jersey Casino Control Commission in a public hearing.

Soon after that, the property announced the opening of Asian-cuisine Red Bowl 88 restaurant and the building of a High Limits Room designed for elite guests featuring MiniBaccarat, BlackJack, Roulette and Craps tables.