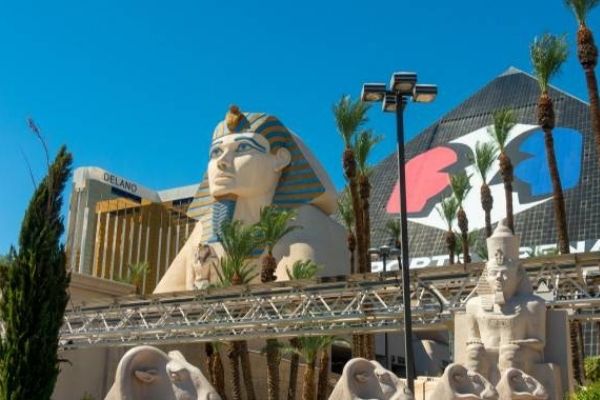 Property is the most-reviewed accommodation in the site’s 22-year history.
Luxor Hotel and Casino in Las Vegas, Nevada, has travelers talking – and posting.

According to travel guidance platform Tripadvisor, the Strip property is its most-reviewed accommodation ever with more than 48,000 reviews.

Tripadvisor on Tuesday noted it reached the milestone of 1 bn reviews and opinions in January.

Tripadvisor was founded 22 years ago by current President and CEO Stephen Kaufer, Langley Steinert, Nick Shanny and Tom Palka. The company said the landmark comes after announcing it had reached half a billion reviews and opinions in 2017.

The site’s official description of the property is:

“The pyramid at Luxor Resort in Las Vegas, with its beam of light, provides a striking visual even on the overtly glamorous Las Vegas Strip. One of the most recognizable structures in Las Vegas, the 30-story pyramid – an architectural wonder – invites curiosity, while the inside rewards visitors with equal parts excitement, mystery and intrigue.”

Luxor has attracted 48,268 reviews on Tripadvisor, with an average rating of 3.5 stars out of 5, which the site characterizes as “Very good.” The property ranks number 158 of 290 hotels in Las Vegas. Users rate it 4 out of 5 stars on location, cleanliness and service, but 3.5 out of 5 for “value.”

The top review as of Tuesday morning was by a visitor from Sacramento, California, who gave Luxor 5 stars overall, with the comment:

“The View was so nice the check-in was not cool the mobile app was over all it was pretty nice money well spent we park all over was good so we didn’t drive around for hours the luxor hand down was a great pick.”

A second 5-star review, titled “A Pyramid Escape,” had a lengthy treatise that included:

“The room was CLEAN, spacious, & modern decor. It did not have a refrigerator or microwave, the suites only have them now. I wish I had known that before hand but Always come prepared. The Front desk Staff was VERY pleasant. Ask for Cleo! She gave great restaurant options, 3 in order of price range.”

The two 5-stars were followed by a pair of 1-star clunkers. The first said:

“Room had everything broken. Nothing seemed to work properly. Waited 5 hours for tvs to be repaired. AC/heater was broken so we had a very cold weekend. Room very outdated. Room had power strips something i had never seen before not even at Circus Circus. Wow.”

A business traveler said in their 1-star review:

“Luxor stay I was honestly bummed out I had to score it this. We got to our room and someone’s clothes were in there, also there were stains all over the pillow we asked to have something be done and it took them a while I called the front desk and they just called to check that they were coming to change the sheets.”