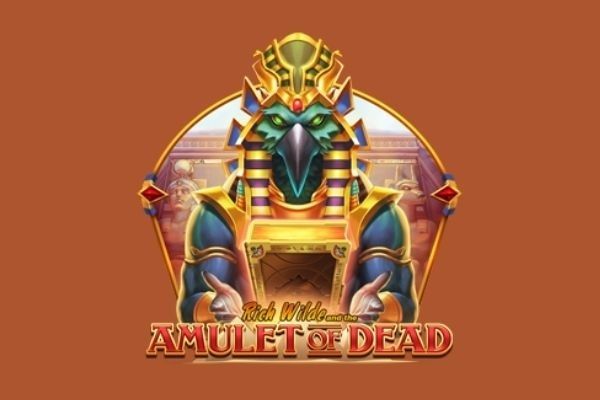 The slot world’s most famous explorer, Rich Wilde, makes a triumphant return to the reels in another great adventure slot from Play’n GO.

This latest game is titled Rich Wilde and the Amulet of the Dead, a 5×3 video slot that sees the adventurer return to Egypt to face judgement for his past!

Slot fans worldwide are used to enjoying the exploits of the game’s titular character, who has become a brand of his own under the Play’n GO umbrella.

CEO Johan Törnqvist believes that building games under their own brands give players more confidence in enjoying their gaming:

“Our slot series’ like Rich Wilde, the Arthurian adventures, or our mythological slots give players an overall gaming experience, wrapped in individual titles.

This means that they know what to expect from any new additions to a series and they can try out and find new favourites, safe in the knowledge they’re getting what they love while enjoying something new; like a sequel to a favourite movie or a new season of a TV show.

As this industry matures, this is the next level of entertainment.”

Each new chapter’s popularity and performance in the Rich Wilde stories is a testament to this fact. Rich Wilde and the Amulet of the Dead is the sixth instalment of the saga, and last year’s Rich Wilde and the Shield of Athena was a top-performing slot upon its release.

This latest adventure not only brings Rich Wilde back to Egypt, but he has to face up to his past as he is judged for his previous actions.

With fully stacked Wilds, complete with multipliers, in the base game, special expanding symbols during free spins and the company’s well-known gamble feature all present in this game, fans of Rich Wilde and newcomers alike will have plenty to enjoy this time around.