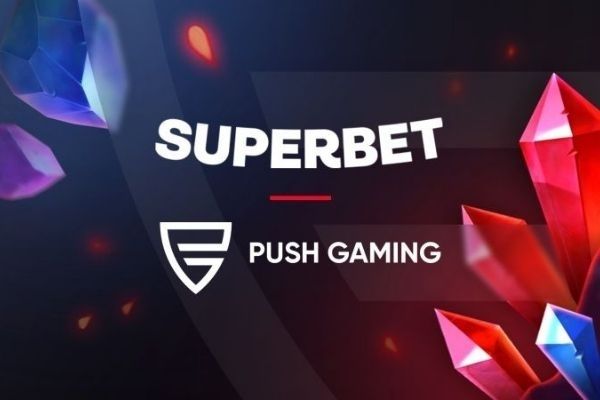 This latest direct partnership for Push Gaming will bring recent hit releases such as the hugely popular Jammin’ Jars 2, Fire Hopper, Bison Battle and upcoming title Big Bamboo which amongst Push Gaming’s other immensely popular titles will now be playable via Superbet.

Superbet is a key leader in the Romanian market which Push Gaming continues to grow following its full certification late last year by the Romanian national regulator the ONJN.

Already established as one of Europe’s biggest tier-one game providers, this partnership will allow Push Gaming’s portfolio of titles to further grow amongst its Romanian player base as it continues to build upon its European presence throughout 2022.

“Our success upon initially entering the Romanian market has allowed us to explore additional operators. It’s a pleasure to partner with Superbet and its exciting market positioning and brand strength as a leader will allow us to supply our games to even more players.

This will further strengthen our position as the industry’s most player-first studios both in one of the CEE’s most dynamic markets as well as across wider Europe. I’m sure that this will be one of the many exciting deals we’ll be announcing soon enough.”

“Giving our players access to the most popular titles on the market will help us both gain new players and retain existing ones.

With Push Gaming’s innovative and high-quality titles now being offered through Superbet we look forward to what is shaping up to be a bright year ahead.”

Established as one of the industry’s most entertaining suppliers, Push Gaming is live across the majority of Europe’s key regulated markets with the likes of LeoVegas, Entain, 32red, 888, Betsson and PaddyPowerBetfair.