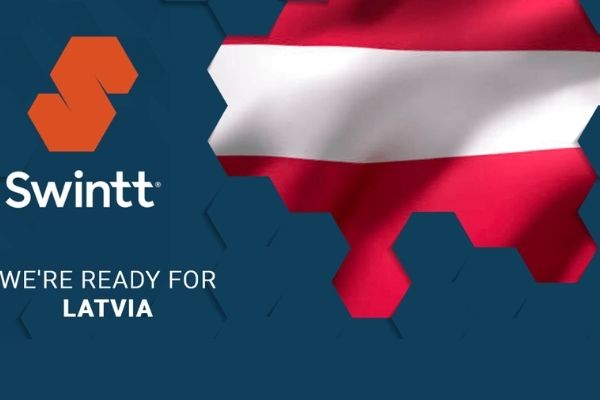 Swintt, the award-winning software provider behind global smash hits Rock N Ways XtraWaysTM and Book of the East, has announced that it will be strengthening its presence in Baltic igaming market this month by making its full suite of slots available in Latvia.

Having enjoyed a successful launch in Estonia last year, the sought-after game studio will now look to extend its reach in the region by debuting titles from the Swintt Select and Swintt Premium ranges in the country, enabling Latvian customers to sample its state-of-the-art slots for the very first time.

With over 120 titles currently available in the Swintt catalogue and new releases being added every month, players in Latvia will now be able to choose from state-of-the-art video slots like the recently-released Hawaiian adventure, Aloha Spirt XtraLockTM, and more traditional fruit machine-style games including the fan-favourite Seven Books Unlimited and the exciting new prize wheel title, Extra Win X.

Given all that and more will be debuting in the country over the coming weeks, the move represents a significant step forward for the brand as Swintt looks to cement its position as one of Europe’s fastest-growing game studios – a reputation that was recently enhanced even further by the provider being justifiably recognised as the “Rising Star in Casino Innovation/Software” at the SBC Awards 2021.

To facilitate the brand’s Latvian debut, Swintt will initially team up with leading online casino Optibet – the same operator that it previously partnered with in Estonia – with the casino being granted a limited-time exclusivity period during which it will be the only site in the country to offer Swintt slots.

Lasting from now until the start of April, the limited exclusivity period means players at Optibet will be able to get an early look at what the software provider is all about ahead of a wider scale launch in the country later in the year. It will also allow Optibet to steal an early march on the competition as it looks to further improve its reputation as the best place to find all of Latvia’s hottest new slot releases.

Swintt’s Latvian debut will allow the brand to maintain its continued recent expansion into regulated markets, especially as it follows hot on the heels from two other deals in Germany and Estonia in recent weeks. With such ambitious plans for 2022 already unfolding, Swintt intends to make massive strides forward in the coming months – and the team is clearly looking forward to the road ahead.

“Having already enjoyed great success in Estonia in 2021, the team at Swintt couldn’t be more excited about making our Latvian debut this month. The initial deal with Optibet represents a continuation of our recent European expansion and will allow players to get a first look at our slots ahead of a wider launch in the country later this year.”