Bally’s Exploring Rebranding for Tropicana, Demolition on the Table 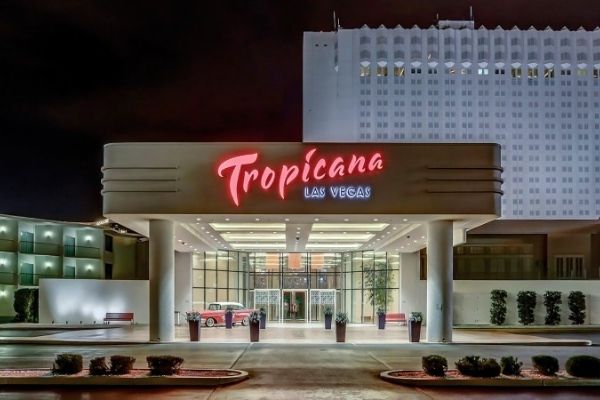 Iconic Vegas Strip resort Tropicana could see some big changes under Bally’s management, which is set to finalize its acquisition this year. The chairman of the casino operator, Soohyung Kim, whose investment company last week made an offer to buy remaining stock in Bally’s, said the company was open to exploring a series of options, including the demolition of the venue, reports KSNV.

Bally’s Corporation first reached a $308 million deal to buy the property last April, a transaction expected to close sometime this year. Whatever happens with the building, Bally’s Chairman said the property will most likely be reimagined and renamed “Bally’s.”

Kim told Las Vegas Review-Journal that the company would “almost certainly” rename the property, as well as being likely to look to redevelop it. The Chairman admitted management has not determined what it will do yet but it would consider “anything,” from renovation to “knocking it down and starting over.”

“We’re open to it all,” Kim said, according to the cited source, stating that demolishing the hotel-casino and building something from scratch could be one way to “maximize value.”

“We have some big plans that are being worked on,” he added.

A possible name change to Tropicana would follow Caesars Entertainment’s decision to rename its Bally’s resort on the Strip to the Horseshoe brand, a move announced last week as part of a major venue transformation. According to Kim, the rebranding would free up the Bally’s brand in Las Vegas, meaning Bally’s Corp. could utilize it.

Bally’s Corp. -formerly known as Twin River Worldwide Holdings, until the casino operator purchased the Bally’s brand name from Caesars- first announced it would be acquiring the iconic Tropicana venue at about $308 million last April. It acquired it from Leisure Properties, Inc., a publicly-traded gaming focused real estate investment trust.

The finalization of the purchase and the new plans for the venue would also be part of Bally’s national ambitions.

“It’s hard to be a national gaming company without a presence in Las Vegas,” Kim said, according to Review-Journal.

Located in the Strip, the Tropicana Las Vegas Hotel and Casino sits on a 35-acre parcel on the corner of Tropicana Boulevard and Las Vegas Boulevard. It features 1,470 guest rooms, 50,000 square feet of casino space with 1,000 gaming positions, a 1,200 seat performance theater, and 100,000 square feet of convention and meeting space.
The new plans unveiled by Bally’s and Caesars for their respective properties mark a period of change -including rebranding and transformation- to some of the most iconic Las Vegas Strip casinos.

The two giants are joined by Hard Rock International, which acquired operations of The Mirage Hotel & Casino in a $1.1 billion cash deal with MGM Resorts International. The venue’s iconic volcano that spits fire is set to be replaced once the Seminole Tribe of Florida takes over, which intends to build a massive guitar-shaped hotel.

Last week, the shares of Bally’s Corp. jumped more than 20% after hedge fund Standard General LP, the largest shareholder of the business, submitted an offer to buy the remaining stock it doesn’t already own for $38 a share. The deal values the company at about $2.07 billion.

Bally’s Chairman Soo Kim is the founder and managing partner of Standard General, who said that his buyout offer has no bearing on Bally’s desire to close its acquisition of the Tropicana. The private equity firm intends to fund the transaction “through sale and lease back” and other long-term financing arrangements.